Hello there, welcome to my homepage!

Glad to see you! It is here where I display the various projects I've worked on. Feel free to check out everything, especially the featured projects on the right sidebar!

My site is now bilingual. If the german version for an article is available, a german flag appears on the right, together with a clickable link.

Chainsaw mounted to a bike

As a student living in the city, I don't have a workshop and can't do any welding and such. So when I visit my parent's house I spend most of my free time in my old workshop. There I can live out my passion for iron working. As of now I've welded a coffee table and a sliding door, both of which are still in use. My newest project involves a wore-out bike and an old chainsaw. The bike I got from a shop in the neighbor village for 20€, the chainsaw I got for free from a friend. On ... read on 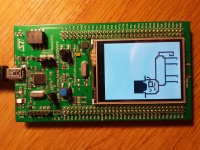 One of my favorite features of the STM32F429 discovery board is the TFT-LCD display. After setting up the programming IDE I started looking at the code examples given by ST. One code example caught my eye: The "LTDC_Display_2Layers" project. I imported the project as explained in my STM32F4 Tutorial and modified the code so that instead of the two ST logos moving around on the screen, a jumping monoclecat is displayed. When you press the "USER" button, the ... read on

Get the STM32F429 Discovery board running on Mac OSX 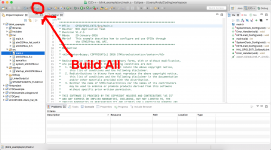 Quite a while ago I bought myself a stm32f4 discovery board, with the intention of putting my hands on 32-bit microcontroller programming. The chip on the board, the stm32f429, is a Cortex-M4 powerhouse with 2 Megabytes of flash and 256 kilobytes of RAM, as well as many peripherals and built-in dedicated logic to compute CRC checksums, interface LCD-TFT displays and much more. It is a great board to get started. Like ... read on 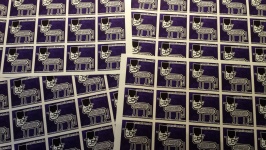 My new stickers have arrived! They feature the Monoclecat with the tail as a repeating pattern on the body. I ordered more stickers than I need, so I'd be glad to give away some of them (as long as they're in stock). If you're interested, shoot me an email at contact@monoclecat.de

A PHP image handler for my homepage 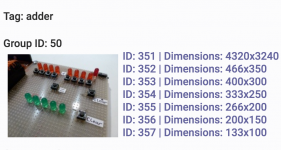 When I write articles I like to add lots of pictures so readers can get a better idea of the project I'm writing about. On average this results in 5 images. Before I wrote the image handler, I would have to choose the images I want to add, then resize them in GIMP twice (for two different sizes of thumbnails). After that, I would need to upload them all under different names over FTP and in the article, copy and paste the url of the image into the html link tag. This got annoying very quickly. How ... read on 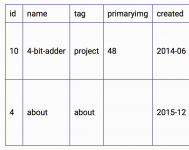 In this article I want to present to you the content managing system of this site. As everything here is a product of my coding, I have the urge to show what I have created. The thing with web development is that the magic happens behind the scenes. The only thing the website visitor sees is the output. For that reason, I have created this article; to show & tell my code. The entire content managing system is written in PHP only. Overview on how the CMS works Compared ... read on

A .csv to .png converter and visualiser for oscilloscope data 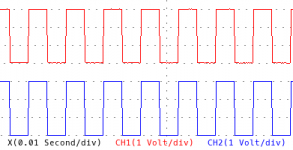 A while back I was examining a data protocol between two circuits in my Lexmark printer; my goal was to make the printer print with cheaper ink from other companies (Brand toner cartridges cost you an arm and a leg). My main problem was in saving the data I had captured: Making screenshots of the data on the oscilloscope was tedious, as I would have to make more than 10 screenshots of different portions of data and then stitch the shots back together in an image-editing ... read on

Turning an old "brick" cellphone into a data sending device 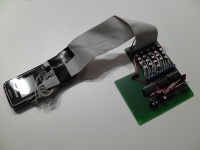 I've never liked throwing away working electronics. The same counts for old cellphones. As I got my first smartphone a long time back, I kept my "brick" phone, thinking about doing something with it one day. This day came in May 2014, when I decided to revolve my next project around putting this old phone to use. What I came up with was to mod the cellphone so that I could electronically "press" the buttons using a microcontroller. It took a lot of effort, not much money at all, ... read on

A mod to make a Nintendo DS play on its own 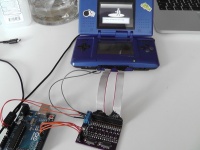 Update 16. April 2020: I am looking to sell the Nintendo DS featured in this project, along with all the games I have. If you are interested, please reach me at contact@andrewdelay.com After my early teenage years playing lots of Pokémon and Age Of Empires, my Nintendo DS has mostly been laying around in the closet serving no use. But with the advent of my modding/hacking passion, I've decided to tinker around with this relatively old console. So I soldered wires ... read on 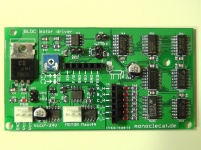 About a year ago I went through my stash of salvaged electronic parts and came across boxes of motors from hard-drives I took apart. Now these aren't normal motors with two leads that you just apply current to. These are motors with three or four leads that must be driven in a specific pattern. They are called brushless DC motors (Wikipedia page). Now the problem that I had was that I ... read on 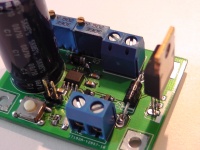 Quite some time ago I was rummaging through my parts bin and came across some flyback transformers from old cathode-ray-tube TVs I had taken apart. I had never liked throwing away interesting stuff and now was the time to tinker around with them. Flyback transformers from old TVs take pulsed voltages of 12V and turn them into voltages >10kV. This high voltage is needed to accelerate electrons that fly at the ... read on

Interface the ESP8266 over the Teensy3.1 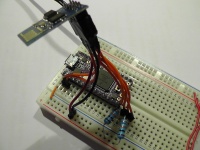 In this tutorial I'll show you how to use the Teensy3.1 as an interface between the ESP8266 serial Wi-Fi module and your Mac. Though this tutorial uses the Mac as an example, but it will work on any platform if you use a different serial port software. This tutorial will use the Mac's built-in 'screen' command line tool. The reason I like the Teensy3.1 is because it has more than one UART port. This is true for all Teensy versions, but only version 3.0 and 3.1 will work without level shifter, as ... read on 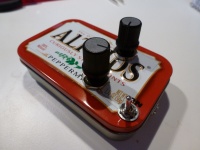 You must know I am a fan of Colin Cunningham. You can find his videos on YouTube in which he explains concepts of electronics and also presents small projects that you can replicate at home. It was from one of these videos that I got the schematics and the inspiration to make an "Atari Punk Console" of my own. What is a Atari Punk Console? Well, it's a sound generator based on a Lm556 chip, which produces quite interesting, 8bit-like sounds. To play the Atari Punk Console, you turn the two potentiometers ... read on

The All Terrain Vehicle, a >30kg iron colossus 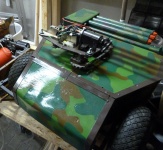 The All Terrain Vehicle (A.T.V.) is my biggest and most time-consuming project yet. In its building process I have learned welding, working with metals and plastics, as well as how to plan and build complex metal structures. Even more, I improved my skills in circuit board design, programming and circuit board etching. Click any image to enlarge ... read on 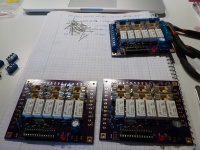 My second paid project was to design the circuit for a cellphone charging station. It had lockers where you put your phone in and pay for charging time. It was my job to provide the central controlling circuitry. Into this circuit you plug in the phone-charging cables, the LED strips and the "Start"-buttons for each of the lockers. The way the station works is that you insert money into the coin-accepter, select a free locker (lit with green LEDs), put your phone in it and lock ... read on

4-Bit-Adder made only with logic gates 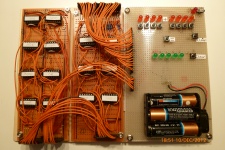 In 10th grade computer-science class in school we learned all about logic gates and how to use them. To improve my grade, I built a 4-bit adder using only AND, NOR and XOR gate ICs on a total of three perf boards. With it you can add two four-bit values together to get a 5-bit value. It uses button inputs which set flip-flops. You can clear them with the top 'Clear' button. Upon pressing the '=' button, multiplexers allow the values from the flip-flops to reach the inputs of the full-adders, which output the sum of ... read on 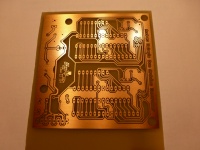 In the course of building my All Terrain Vehicle (A.T.V.), I've mastered the art of photo-resist circuit board etching. To share my experience with the world, I produced a video tutorial which covers the process from the beginning to the end. To reach more viewers I uploaded a german and an english version. Here is the english tutorial: English version ... read on